Paradigm Found. (pencil and gouache on black paper, mounted in perspex, 1330x640mm).
A tribute to my three most important metaphysics influencers, Drs Amit Goswami (quantum physics and Vedanta), Bruce Lipton (quantum biologist - pictured below), whom I have had the pleasure of hosting for metaphysics chat, and Fred Alan Wolf (quantum physics). All are Quantum Activists subscribing to the notion of 'primacy of consciousness'. I see them as captains of a new paradigm, on a scale of the realization the world is not flat.  Ice, water, vapor represents the three in one nature of existence, mind, matter, information in a perpetual cycle of self knowing. (Rishi, Devata, Chandas in Vedanta  - knower, known, process of knowing, or Father Son Holy Spirit in Christianity. 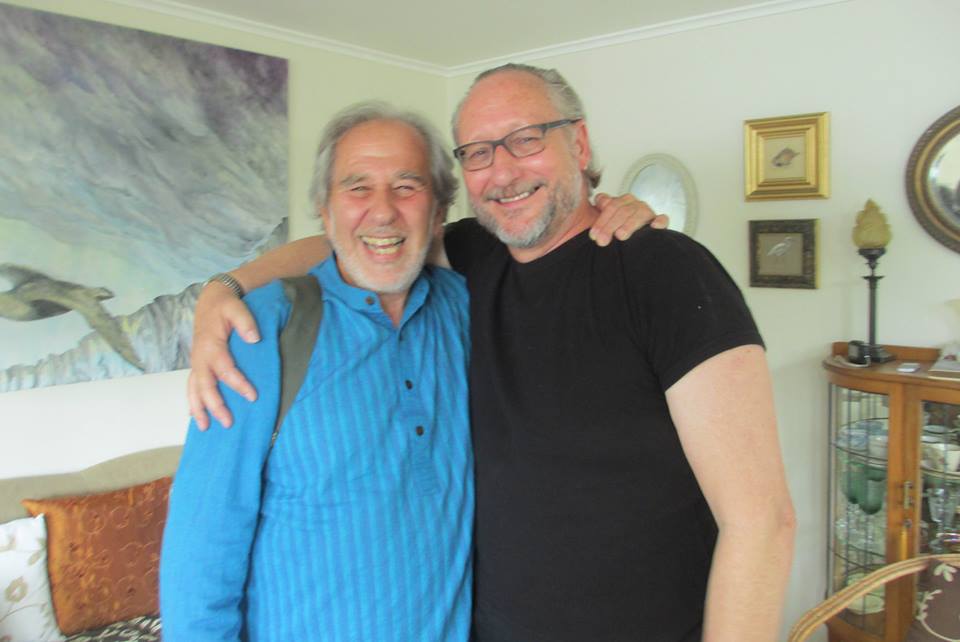